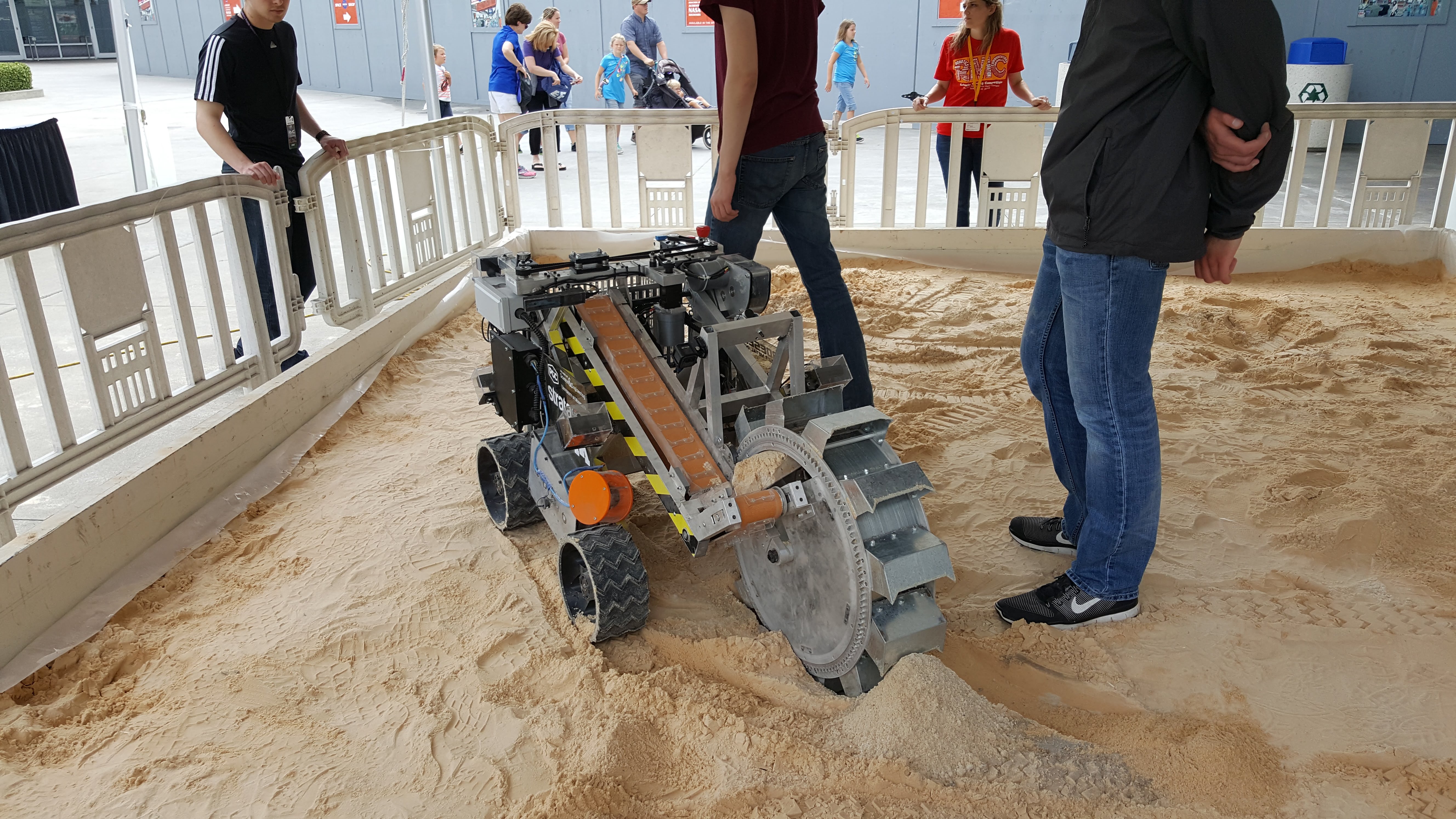 The NASA Lunabotics Competition (https://www.nasa.gov/offices/education/centers/kennedy/technology/nasarmc.html), previously known as the NASA Robotic Mining Competition, is an annual competition hosted by NASA at the Kennedy Space Center in Florida. Teams build robots that mine in a simulated Martian environment, where the floor of the arena consists of gravel covered by a layer of packed dust. The robots must cross a section of the arena covered with obstacles, dig for the gravel while sifting out the dust, and return back to deposit the gravel in a collection trough. Teams are scored based on the amount of material they collect during their 10-minute run, as well as other factors such as dust protection, power usage, weight, and level of autonomy. The Mars simulation brings unique challenges, including the drive team being isolated from the arena and Earth-dependent sensors like GPS being banned.

See the Team Calendar page for meeting dates and times, or email us any questions at [email protected]